Cuba, A Socialist project in progress 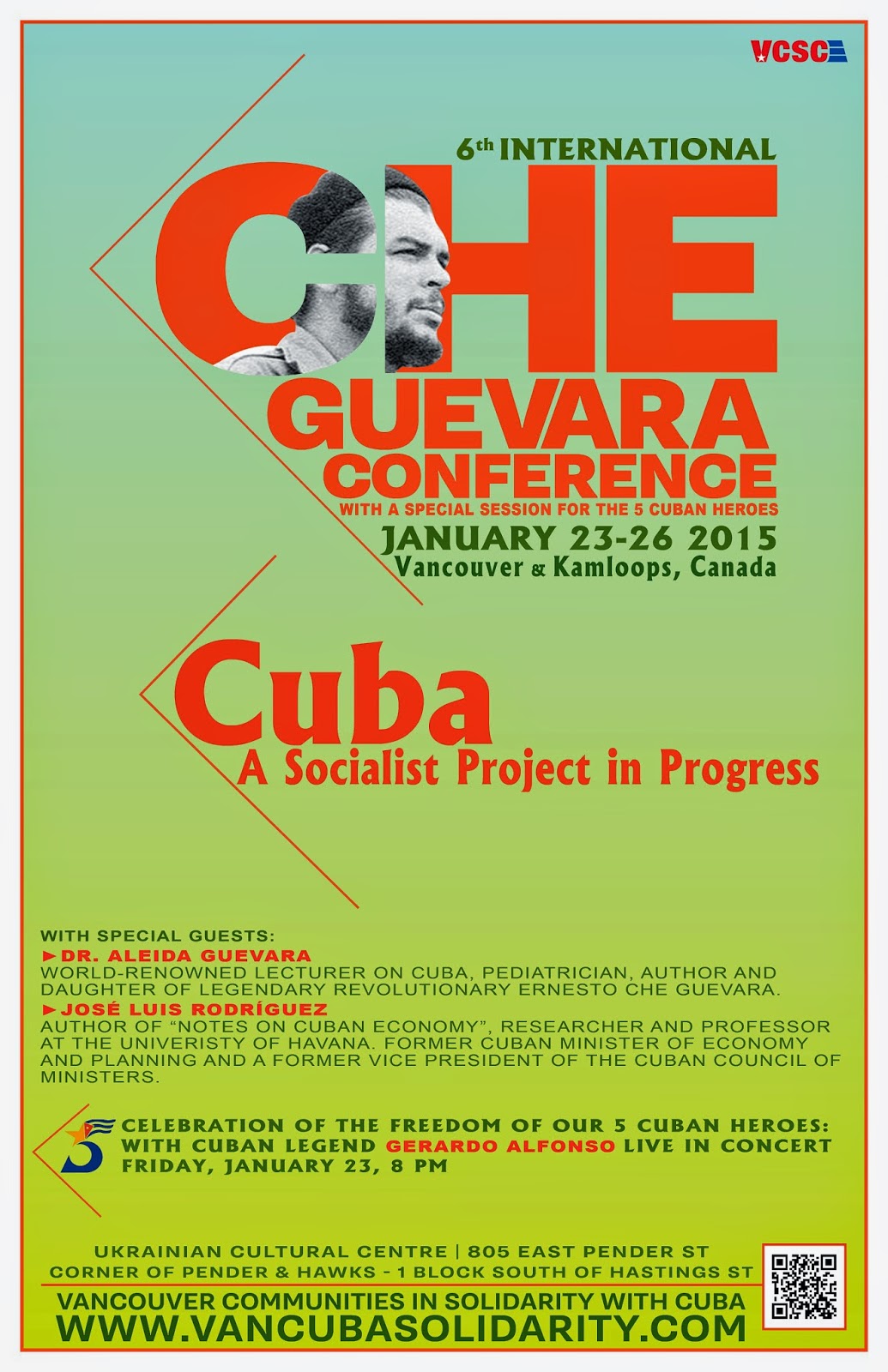 ►JOSÉ LUIS RODRÍGUEZ
Author of “notes on Cuban economy”, researcher and
Professor at the University of Havana. Former Cuban
Minister of economy and planning and a former vice President of the Cuban council of ministers.

►►Friday, January 23, 8:00 PM
Celebration Of The Freedom Of Our 5 Cuban Heroes:
With Cuban Legend Gerardo Alfonso Live In Concert

Since the triumph of Cuba’s 1959 revolution to today, the vision and political ideas that shape the Cuban revolution remain a source of inspiration, discussion and debate around the world. Through the ideas of Fidel, Che, the Cuban socialist project, and the dynamics of the mass revolutionary movement, Cuba has become a country renowned for its achievements in health, education, culture, science and many other aspects of social and human progress. The Cuban socialist project and the Cuban revolutionary leadership, despite 50 years of an inhuman and criminal blockade by consecutive US administrations, have never wavered to imperialist pressure.

The annual International Che Guevara Conference is an opportunity to discuss and debate the ideas of the Cuban revolution, its dynamism and how it has impacted Latin America and the world.

The 2012 International Che Guevara Conference discussed the most important changes Cuba has seen in the last fifty years, since Fidel’s Second Declaration of Havana, in 1961. Titled, “Cuba’s Reforms: Capitalism or Socialism” investigated with the participation of 6 Cuban guests including Aleida Guevara, daughter of Che Guevara, the roots of current reforms in Cuba and their future prospects and challenges.

In 2015 the Che Conference returns with, “Cuba, a Socialist Project in Progress: What’s at Stake” which aims to delve deeper into what has made the Cuban Socialist Revolution successfully move forward and how it is evolving today.