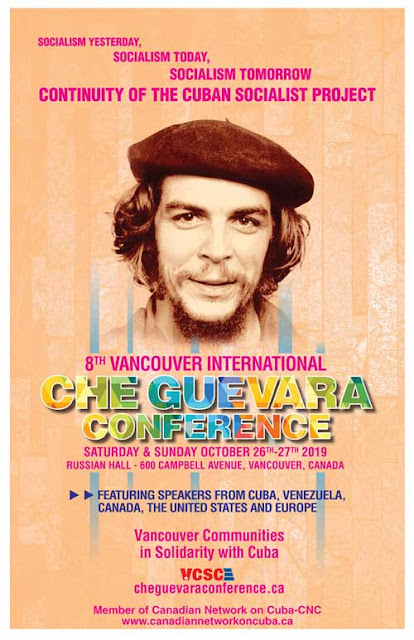 RUSSIAN HALL
600 Campbell Ave.
VANCOUVER, CANADA
This event will take place on the traditional and unceded territories of the Tsleil-Waututh (səl̓ilwətaɁɬ), the Musqueam (xʷməθkʷəy̓əm), and the Squamish (Skwxwú7mesh) Coast Salish Nations.

11:30-12:30 KEYNOTE ADDRESS
“The Cuban Socialist and Internationalist Revolution. The Challenges of an Unwavering Leadership. How Far Have We Come?”
Giuvel Orozco

12:30-01:45 WORKSHOP #1
“The Dynamism of the Cuban Revolution: 60 Years of Developing the Leadership of Revolutionary Youth”
David Aldama Pando

03:40-4:55 WORKSHOP #3
“Cuba and Venezuela: Independence and Unity in the face of U.S./Canada Aggressions”
Arnold August 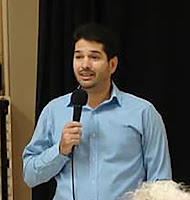 GUIVEL OROZCO ORTEGA * Havana,Cuba /Ottawa, Canada
>> Talk 1: “The Cuban Socialist and Internationalist Revolution. The Challenges of an Unwavering Leadership. How Far Have We Come?”
>> Talk 2: “Cuba’s New Constitution & the Continuity of the Cuban Socialist Project”
The Deputy Head of Mission & Counsellor at the Cuban Embassy in Ottawa, Canada. A Graduate of the University of Havana & the "Raúl Roa García" Higher Institute of International Relations (ISRI). Guivel Orozco has served as a Foreign Service official and participated in official missions on behalf of Cuba in Mexico, Colombia, Nicaragua, Ecuador, Brazil, Guatemala, El Salvador, Jamaica, Venezuela, Saint Lucia, Saint Kitts and Nevis, Republic of Guinea, Togo, Niger, Ethiopia and the Republic of the Congo. 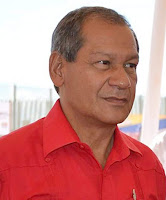 DR. LUIS ACUÑA CEDEÑO * Sucre, Venezuela / Ottawa, Canada
>> “Venezuela’s Bolivarian Revolution Today: How Far We Have Come.”
Chargé d'Affaires in the Venezuelan Embassy in Ottawa, Canada. Former Minister of Higher Education in Venezuela under then-President Comandante Hugo Chavez. From 2012-2017 Luis Acuña was the elected governor of the state of Sucre in Venezuela. He was also elected deputy of his state to the National Assembly of Venezuela on three separate occasions.

DAVID ALDAMA PANDO * Havana, Cuba / Ottawa, Canada
>> “The Dynamism of the Cuban Revolution: 60 Years of Developing the Leadership of Revolutionary Youth”
The Third Secretary of the Embassy of Cuba in Canada in charge of academic affairs and relations with Cuba solidarity groups in Canada. David Aldama has a bachelor’s degree in international Relations from the "Raúl Roa García" Higher Institute of International Relations (ISRI). 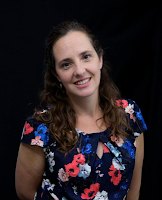 DR. HELEN YAFFE * Glasgow, Scotland
>> “The Cuban Tightrope: Between the Plan and the Market”
Visiting Fellow at the Latin America and Caribbean Centre and a Lecturer in Economic and Social History in the University of Glasgow. Helen Yaffe is author of "Che Guevara: The Economics of Revolution" (Palgrave Macmillan, 2009). She is an economic historian specialising in Cuba and Latin America, the history of economics, and the political economy of late development.

KEITH BOLENDER * Toronto, Canada
>> “Manufacturing the Enemy: The Media War Against Cuba.”
Author of the newly published book, "Manufacturing the Enemy: The Media War Against Cuba" (Pluto, 2019). He is also the author of "Cuba Under Siege: American Policy, the Revolution and Its People" (Palgrave Macmillan Press, 2012) and "Voices From the Other Side: An Oral History of Terrorism Against Cuba" (Pluto, 2010). Keith Bolender is a freelance journalist who worked for more than 10 years with the Toronto Star. He is a member of the Institute for Public Accuracy on their Roster of Experts for Cuban Affairs, and lectures at the University of Toronto School of Continuing Studies.

ARNOLD AUGUST * Montreal, Canada
>> “Cuba and Venezuela: Independence and Unity in the Face of U.S./Canada Aggressions”
Author of many articles and books including: "Democracy in Cuba and the 1997–98 Elections" (Editorial José Martí, 1999), "Cuba and Its Neighbours: Democracy in Motion" (Fernwood Publishing/Zed Books, 2013), "Cuba-U.S. Relations: Obama and Beyond" (Fernwood, 2017). An accomplished journalist, he contributes articles in English, Spanish and French to news and research sites in the United States, Canada, Cuba, Latin America and Europe. Since 1997, he has spent extended periods in Cuba pursuing his intensive investigations. 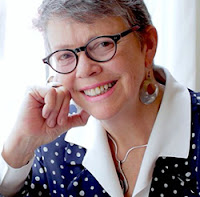 WENDY HOLM * Bowen Island, Canada
>> “Cuban Sovereignty, Sustainability and Community – Food Security is just the Beginning”
Wendy Holm is a retired Agrologist, columnist, author and speaker. She has been named a Distinguished Alumni of UBC, and has received two Queen's Medals for contribution to community. She has published multiple articles and papers on Cuba’s commitment to sustainable farming practices and organizes the Canada-Cuba Farmer to Farmer Project. She has won ten national journalism awards since 2002. She recently edited the book, "Damming the Peace: The hidden costs of the Site C Dam" (Lorimer Press, 2018).

MARIA TORRELLA * Buenos Aires, Argentina
>> Special Video introduction before Vancouver Premier of the Documentary: “Cubanas. Mujeres en revolución”
Commentator, journalist and documentary filmmaker for the international solidarity news project Resumen Latinoamericano, for 20 years. Maria Torrellas has a long film career and has obtained, among others, the Santiago Álvarez Memoriam award for her documentary: "Memory of a Daughter of Oshun". Her new film “Cubanas, Mujeres en Revolución” evokes the continuous role of women in the Cuban Revolution, both in the guerrilla struggle and in the construction of the new Cuban society, through the testimonies of heroines such as Vilma Espín, Celia Sánchez and Haydée Santamaría, the founding figures of the Revolution, and also of contemporary women from different sectors of Cuban society. 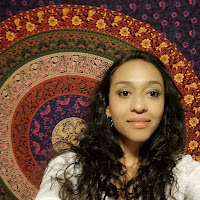 STEPHANY MAZUERA VARGAS * Vancouver, Canada
>> Giving remarks following Vancouver Premier of the Documentary: “Cubanas. Mujeres en revolución”
Born in Zarzal, Valle de Cauca, Colombia, Stephany was a member of Amigos de Cuba (Cali-Colombia). From 2007, she studied at the Latin American School of Medicine (ELAM) in Havana, Cuba and the Ernesto Che Guevara faculty in Pinar del Rio, Cuba. Beginning in 2014, she worked as an emergency doctor in Colombia and moved to Vancouver in 2017. 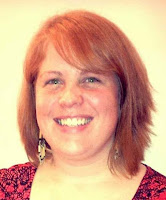 TAMARA HANSEN * Vancouver, Canada
>> “ #UnblockCuba #UnblockVenezuela Building the Solidarity Movement: Our Tasks & Perspectives in the Imperialist Epoch”
Coordinator of Vancouver Communities in Solidarity with Cuba. Member of the executive of the Canadian Network on Cuba (CNC). Author of the book"5 Decades of the Cuban Revolution: The Challenges of an Unwavering Leadership" (Battle of Ideas Press, 2010). 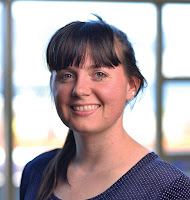 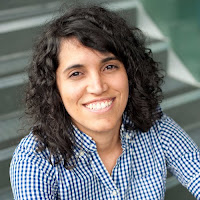 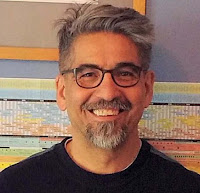 >> ABOUT THE INTERNATIONAL CHE GUEVARA CONFERENCE <<
Since the triumph of Cuba’s 1959 revolution to today, the vision and political ideas that shape the Cuban revolution remain a source of inspiration, discussion and debate around the world. Through the ideas of Fidel, Che, the Cuban socialist project, and the dynamics of the mass revolutionary movement, and especially the concept of Revolutionary Internationalism, Cuba has become a country renowned for its achievements in health, education, culture, science and many other aspects of social and human progress. The Cuban socialist project and the Cuban revolutionary leadership, despite 50 years of an inhuman and criminal blockade by consecutive US administrations, have never wavered to imperialist pressure.

The International Che Guevara Conference is an opportunity to discuss and debate the ideas of the Cuban revolution, its dynamism and how it has impacted Latin America and the world.

The First International Che Conference in 2008 was on the theme “Che Guevara, Thinker and Fighter: Are His Ideas Relevant for the 21st Century?” Every Vancouver international Che Guevara Conference since has discussed and debated a wide variety of topics including: “50 Years of Dynamism of the Cuban Revolution,” “Cuba & Revolutionary Internationalism,” “Cuba Today - The Gains & Challenges,” “Cuba’s Reforms: Capitalism or Socialism,” and “Cuba: a Socialist Project in Progress.” Each conference has featured amazing guest speakers from Cuba, Venezuela, the U.S. and Canada.

The conference will feature many prominent guests from Cuba, Venezuela, the U.S., Canada & Europe.